This artistic research takes the form of an essential quest: to invent expressive acts against what erases women from history.

Around the world, violence against women during armed conflict amounts to the looting of their bodies – perceived as part of the conquered territory and as spoils of war. Rape, sexual slavery, forced pregnancies, so many mutilations of the female body; and when we think of escaping this extreme violence, the canons of beauty imposed by our societies bring us back to the bottom of the chain of power.

The type of performance we explore is at the crossroads of several disciplines. Summoning both qualities of interpretation, corporality, singing but also the design of scenographic elements, accessories, lights and costumes, our interventions are rich in a singular and striking plastic universe, radically contrasting with the urban landscape as we practice it. 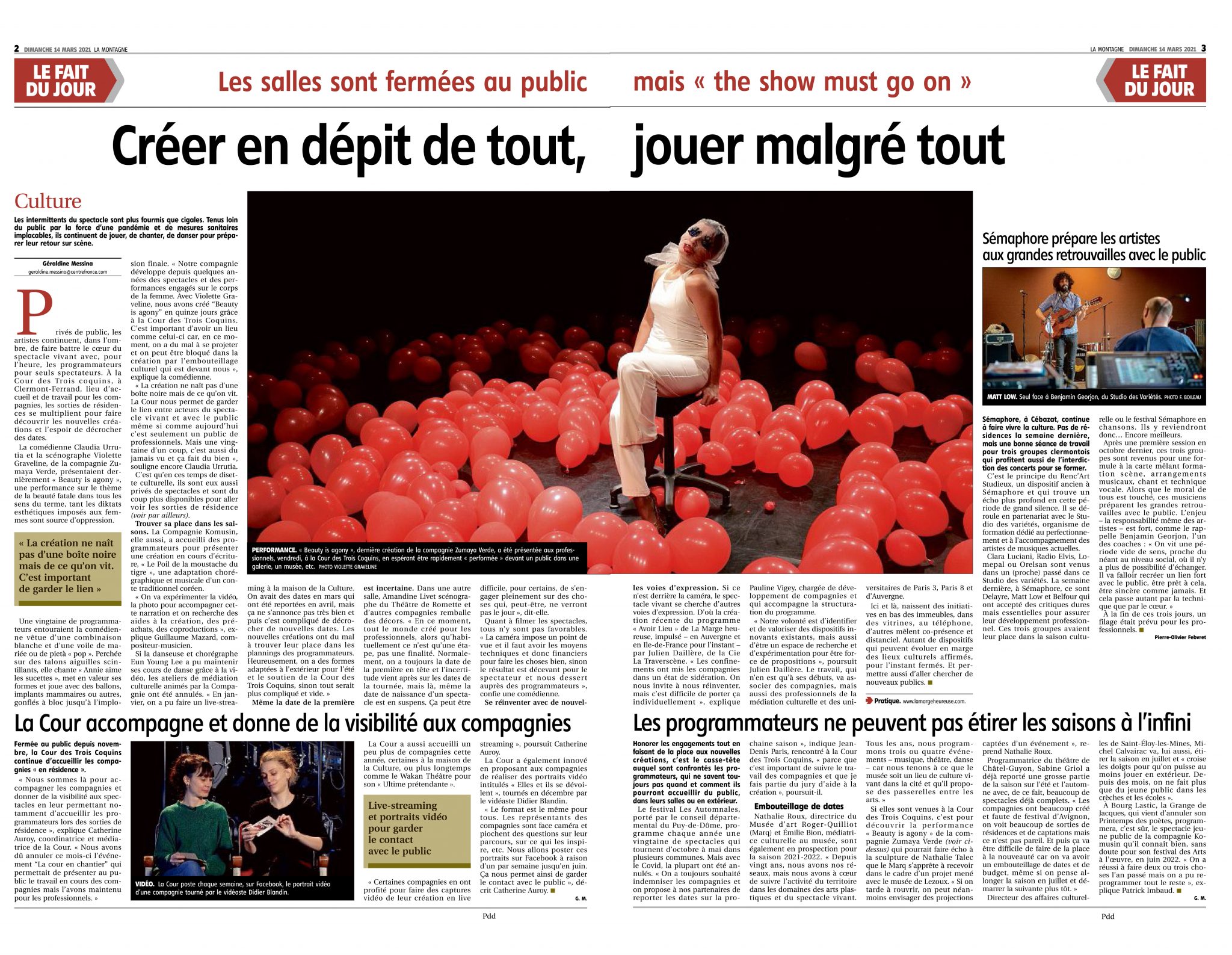 https://youtu.be/nMH9etWVDCwTRAVERSER is inspired by the Amerindian myth of the Llorona: the sorrowful soul of a woman who lost her children and sought them in the night, near a river or a lake. Video directed by Violette Graveline.

25 SEPTEMBER. The Court made it short. Cour des trois Coquins-Scène Vivante in Clermont-Ferrand (63).